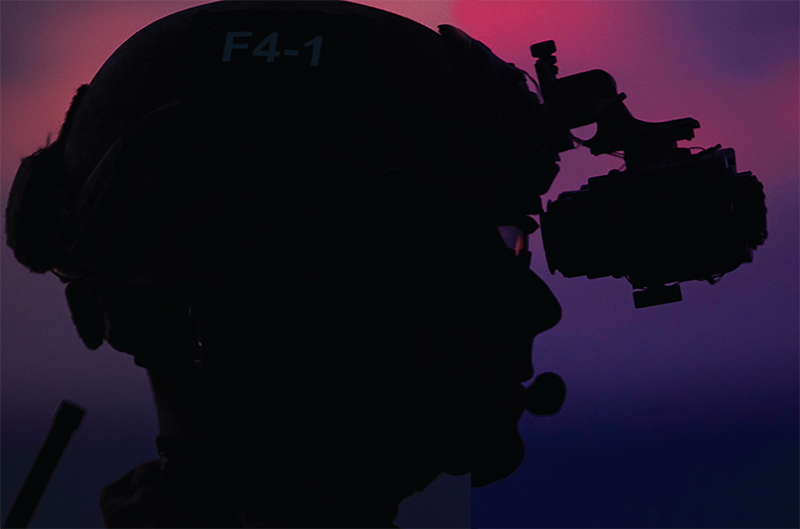 2020 is the decade of dreams and imagination. This is the decade where Artificial Intelligence will create defense systems once thought to be science fiction. Where technology will eliminate places to hide for our enemies; where boots on the ground will be enhanced with augmented realities. Quantum Computing and AI at the edge will tap huge reservoirs of knowledge to create highly sophisticated solutions. Ideas from smart bullets to defensive shields able to repel conventional attacks may become reality. Some technologies are simple fixes. Things like optical touch to allow a user to wear gloves when operating a touch screen. Some technologies are creative fixes. Things like modulating the clock speed of a processor to cut power needs. Some technologies are standards that will allow for high-speed interoperability of systems such as PCIe Gen 5 and 6 or 5G. Yet it is a compendium of these and others that will take us into a new world of defense. Some believe that AI will be a game changer. AI of course spurs the imagination, but it is made possible with support of all the other technologies that are drawn together to build advance systems that take performance to a new high. So although AI is important, it would not be able to be utilized if it were not for the continued performance increases being achieved. One consideration that plays to the imagination is the use of AI to better secure AI systems. When detection of an irregular data stream is detected by an AI processor to protect itself from intrusion, the value of AI becomes more apparent. When highly coordinate topologies that compute at the Edge and yet draws upon the Cloud for reference and inference computing, the possibilities grow exponentially. These and other concepts excite the imagination on how the implementation of this and other technologies can be expanded to address the most complex and sophisticated enemies. The ideas that Autonomous vehicles have spurred have brought about a whole new thought process for UAV’s. The use of Block chain to securely transfer Money has opened numerous discussions on how best to secure data. The use of Composable computing in Data Centers has contributed to the redistribution of compute regarding weapon systems. When you compile these and the many others that have occurred in the latter half the last decade, it has set the stage for this decade. This a decade where “fiction” will becomes reality, a decade where the “impossible” will seems a bit more possible.