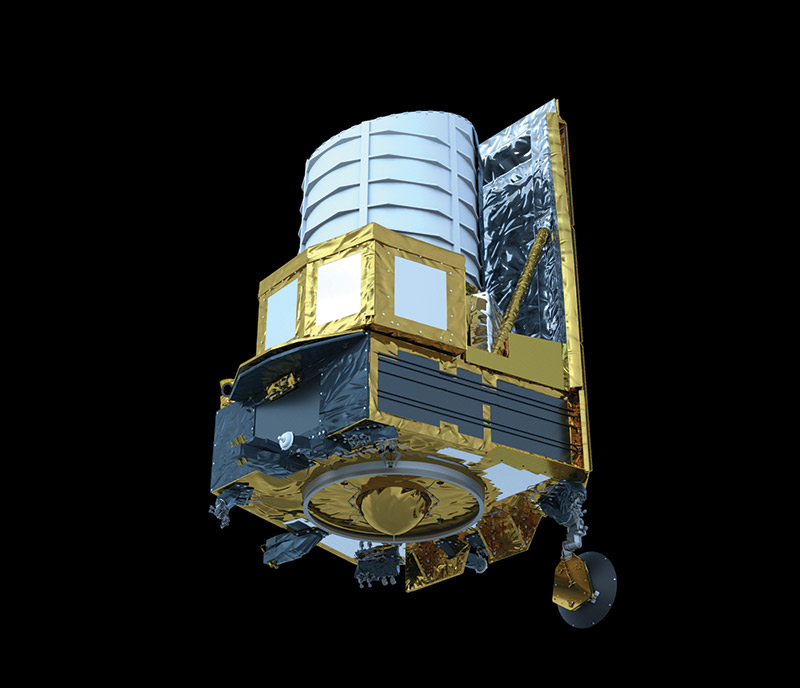 Euclid will map the general structure of the Universe over 10 billion light years to show its expansion and growth during the last three-quarters of its history. The mission is designed to address two of the most important questions in cosmology today: How did the Universe originate and why is it expanding at an accelerating rate, rather than slowing down due to the gravitational attraction of its constituent matter?

Euclid will map the 3D distribution of up to two billion galaxies and associated dark matter during a six-year mission, covering most of the sky outside our Milky Way. The complete survey represents hundreds of thousands of images and several tens of petabytes of data. This huge amount of data will be transmitted by the satellite from its orbit around the L2 Sun-Earth Lagrangian point at a distance of 1.5 million kilometers from the Earth, using its K-band radiofrequency data transmission system. Euclid also incorporates an X-band system to control and monitor the spacecraft, and measure its distance to Earth.