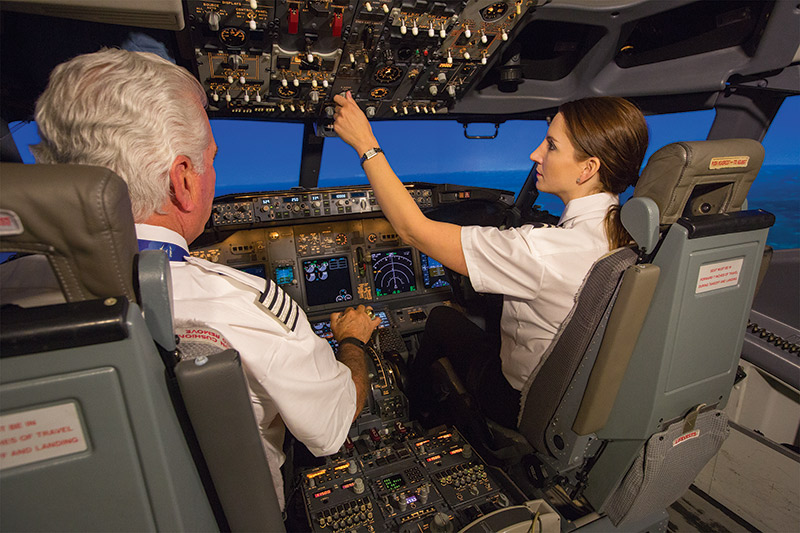 A strong commercial aviation industry, stable defense spending and the need to service all platforms throughout their lifecycle are driving a growing aerospace and defense market, according to the Boeing Market Outlook. Released today at the Paris Air Show, the outlook values the aerospace and defense market at $8.7 trillion over the next decade, up from $8.1 trillion a year ago.

The Boeing Market Outlook (BMO) includes a $3.1 trillion projected demand for commercial airplanes through 2028 as operators replace older jets with more capable and fuel-efficient models, and expand their fleets to accommodate the steady rise in air travel across emerging and established markets.

The BMO also projects $2.5 trillion of defense and space opportunities during the next decade as governments modernize military platforms and systems, pursue new technologies and capabilities and accelerate exploration from sea to space. The projected spending – spanning military aircraft, autonomous systems, satellites, spacecraft and other products – continues to be global in nature with 40 percent of expenditures expected to originate outside of the United States.

Supporting the defense, space and commercial platforms with lifecycle solutions will fuel a services market valued at $3.1 trillion through 2028.

“Aerospace and defense continues to be a healthy and growing industry over the long term, boosted by strong fundamentals across the commercial, defense and services sectors and demand that is geographically-diverse and more balanced between replacement and growth than ever before,” said Boeing Chief Financial Officer and Executive Vice President of Enterprise Performance & Strategy Greg Smith.

Boeing today also unveiled its 2019 Commercial Market Outlook (CMO), a longer-term forecast that delves deeper into the market for commercial airplanes and services. The newest CMO shows growing passenger volumes and increasing airplane retirements will drive the need for 44,040 new jets, valued at $6.8 trillion over the next two decades and up 3 percent from a year ago. The global commercial airplane fleet will also sustain the need for aviation services valued at $9.1 trillion, leading to a total commercial market opportunity of $16 trillion through 2038.

“Time and again, commercial aviation has shown itself to be extremely resilient. Notwithstanding some recent moderation in passenger and cargo traffic growth, all indications are pointing to our industry sustaining its unprecedented streak of profitable expansion. In fact, we see a market that is broader, deeper and more balanced than we have seen in the past,” said Boeing Commercial Marketing Vice President Randy Tinseth. “The healthy market fundamentals will fuel a doubling of the commercial fleet over the next two decades and a massive ecosystem of lifecycle solutions to maintain and support it.”

Of the new airplane deliveries, forecasters say 44 percent will go toward replacing aging aircraft while the rest will accommodate traffic growth. Together, the new jets support an industry where passenger traffic will grow an average 4.6 percent and cargo traffic will grow an average 4.2 percent. Factoring in the new airplanes and the jets that would remain in service, the global commercial fleet is expected to reach 50,660 airplanes by 2038. This is the first time the projected fleet has crested the 50,000 mark.

The biggest airplane segment remains single-aisles such as the 737 MAX, as operators are projected to demand 32,420 new airplanes. This $3.8 trillion market is driven in large part by the continued strength of low-cost carriers, healthy replacement demand and continuing growth in Asia Pacific.

In the widebody segment, Boeing forecasts demand for 8,340 new passenger airplanes valued at more than $2.6 trillion over the next twenty years. Widebody demand is spearheaded in part by a significant wave of older airplanes that will need to be replaced beginning in a few years. Bolstering the demand for larger aircraft, operators are expected to need 1,040 new large production freighters over the forecast period.