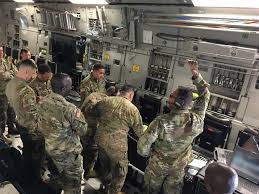 PacStar announced it has been awarded a contract to support the U.S. Army’s Expeditionary Signal Battalion-Enhanced (ESB-E) program. Under the contract, PacStar will deliver its PacStar 400-Series modular platform to enhance agile and reliable tactical communications for the expeditionary-style warfare units increasingly relied upon by DoD organizations.

Expeditionary Signal Battalions (ESB) support units that do not have organic communications capabilities such as military intelligence battalions, chemical battalions, engineering battalions, and air defense artillery branches. Within these battalions, the Army recognized a need to improve communications performance and speed of equipment delivery. As a result, the Army adopted a more expeditionary approach to these battalions’ tactical communications by providing more special ops gear to enable early entry. This approach facilitates uninterrupted mission command, thus rapid deployment and maneuverability across the battlefield. One example of this is the ESB Scalable Network Node (SNN) which is the focal point of the ESB-E construct and requires systems to be scalable between small, medium, and large configurations as the mission dictate.

PacStar 400-Series solutions equip these smaller units with the lightweight communications equipment they need to help them maneuver quickly from situation to situation. The platform features 128 GB RAM, virtual routing, and the new PacStar 463 Radio Gateway. DoD organizations can also leverage PacStar Smart Chassis, powered by a first-of-its-kind communications server that provides a mechanical and electrical standalone capability to house up to five PacStar 400-Series modules. PacStar Smart Chassis may be utilized as a standalone entity or a component in a larger system.

“Network modernization to meet warfighter needs and defense priorities is a core focus for the Army and across the DoD, and we are proud to support these efforts with PacStar 400-Series for ESB-E,” said Peggy J. Miller, CEO of PacStar. “With these solutions, ESB-E SNN will get the smallest, lightest, modular tactical communications platform in the industry, which is part of our larger initiative to enable increased reliability and innovation for warfighters.”