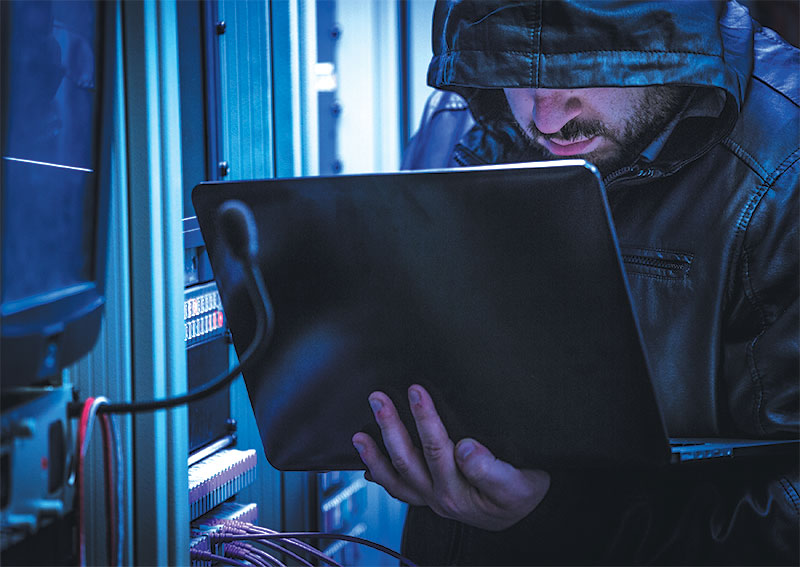 So what makes a Rugged tablet or laptop Rugged? Many things can inherently raise the fault-tolerance of a system. Environments that threaten with moisture or immersion are addressed with the standard referred to as IP67 or Immersion Protection 67. This IEC standard defines that the laptop could be dropped in 1.5 meters of water for a half-hour. It goes on to address dust and other contaminants that it might be subject to.

For concerns related to shock and vibration, Mil-STD 810 addresses environmental engineering considerations as defined by the US Military. It simulates conditions that the device will face throughout its service life. The core of the criteria is a chamber test that replicates the environment with cycle testing. Mil-STD 810 is primarily used for military applications, but the manufacturers have adopted it as a standard for commercial applications as well. Other concerns beyond Shock and Vibration, extended temperature and humidity, and ingress protection are things like low pressure or electromagnetic interference. Addressing the impact of altitude, Mil-STD-810F/G, Method 500.4 defines criteria for operations up to 12,500 feet. It also addresses non-operational transport up to 40,000 feet. Tempest certification addresses the need for shielding in those instances where electronic emissions are of concern.   This might be crucial with systems that are subject to being spied upon by the enemy in key front line positions, for example within an embassy.

Although each manufacture addresses these challenges a bit differently, the use of a magnesium alloy enclosure is commonly used to achieve the strength-to-weight required. Known to be five times stronger than titanium and one third lighter than aluminum, magnesium offers an attractive solution. Coupled with rubberized bumpers and internal shock isolators to attenuate impacts, these laptops and tablets are set apart from their cousins in the commercial world. Of course in those instances where the frequency of vibration is outside the normal use of a warfighter or the altitude demands create a low pressure or exposure to radiation beyond the benchmark specs, system demands should be discussed with the manufacture.

Beyond the rugged, good looks of these devices, the issues surrounding I/O has become another factor to consider. The resolution of the screen in direct sunlight, the ability to wear gloves during operations, or the use of touch are just a few of the many features that should be considered. In the recent purchase of the GETAC F110 by the Air Force the need for monitoring the movement of munitions called for accessories such as a barcode reader and a docking station.

As 54% of the security breaches involving laptops and tablets come from user error. This might be as simple as leaving the system operable as the user walks away or it could be using an unsecured software tool. Products like the Kensington cable lock deter someone from walking off with the whole system. Other considerations such as the accessibility of USB ports that could be used to either download information or upload malware should be considered. Whatever the case, reviewing the possible use of a finger touch ID may prove to be invaluable and offer a user a convenience that reduces the chance of an open system getting into the wrong hands.

Other I/O features that are popular are GPS modules and Databus modules. Whether navigation, geo-spatial intelligence, or one of the many scientific applications, the use of GPS in military applications have become ubiquitous. Use of Databus I/O modules such as 1553, NTDS, ARINC 429, and their many variations allow for direct connections to key assets in real-time. Whether this is on a flight line or in the hold of a ship, the utility of being able to have this much compute power readily available makes the convenience of these devices immeasurable.

The consideration of battery life is similar to that in the commercial market. The Panasonic Toughbook 55 claims to have a 40-hour battery life, which is impressive in this market. Battery size will vary from laptops to tablets, which will also contribute to use time. Some vendors have addressed this through an easy click-in – click-out battery replacement.

An I/O option that is on the horizon is LiFi. The use of light sources for an internet connection. This technology was released in 2017 and is gaining traction as it has some security advantages. The use of optical transmission of a signal is not new, but when every light in a building enhances the transmission of data it addresses a number of the issues surrounding signal strength.   Disadvantages are primarily around the concept of “being in the dark”. Transmission is subject to light and cannot bend or transit walls. A number of vendors are exploring the idea of incorporating the optical sensors integral to their products, but aftermarket solutions are compatible through standard USB ports.

Your choice of a laptop or tablet will be based on the application addressed. There are applications like asset tracking; inventory management and system monitoring that lend themselves to the selection of tablets due to their limited need for keying in data. The selection of a laptop tends to lend itself to either general purpose; less defined applications and or those that require data entry in the field. Be careful that your sense of convenience does not cause you to under-purchase a system.

Another recent change is AT&T FirstNet. Designed for first responders, FirstNet is dedicated to those in the field that require a reliable, full-bandwidth solution during a crisis.  Supporting 5G and limited to a select few, FirstNet will allow for high-speed data transfers of large files during times when a normal network might be overtaxed by civilians. Releases of FirstNet compatible laptops and tablets have spurred the release of new models to the market.