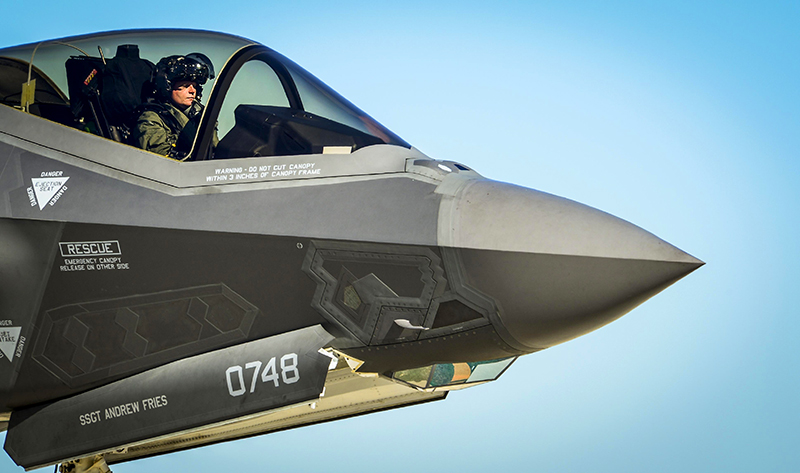 Lynx Software Technologies and Core Avionics & Industrial Inc. (CoreAVI announced that they are providing key technologies to support the development of the next generation Panoramic Cockpit Display Electronic Unit (PCD-EU) for the F-35 Joint Strike Fighter. This development is a key element of the “Technology Refresh 3″ (TR3) modernization program being led by Lockheed Martin (NYSE: LMT).

Lynx and CoreAVI are supplying Lockheed Martin with an integrated solution that includes the LYNX MOSA.icTM framework and CoreAVI’s safety-critical ArgusCore™ SC OpenGL® SC graphic drivers, HyperCore™ GPU virtualization manager, and EGL_EXT_Compositor FACE-aligned multi-windowing API. The PCD-EU is the processing unit for the panoramic head-down display in the cockpit. It features a special temperature screened version of a discrete AMD GPU that is available from CoreAVI. The system deploys multiple independent applications in secure partitions running on multiple separate displays using ArgusCore SC graphics drivers. LYNX MOSA.ic securely partitions the AMD device and HyperCore manages the use of the GPU across partitions, so that one GPU, with the use of the EGL_EXT_Compositor, can support multiple displays with mixed Design Assurance Level (DAL) requirements. The whole system will be certified to Airworthiness.

Will Keegan, CTO of Lynx Software Technologies, said, “LYNX MOSA.ic gives developers the ability to integrate complex software components, with precise control over how these components are deployed on multicore hardware. Lynx has collaborated with CoreAVI to run the HyperCore GPU virtualization manager in a separate partition on LYNX MOSA.ic, rather than as a driver running in a hypervisor so that safety-critical graphics applications can benefit from the same elegant approach. By providing a simpler foundation for hosting safety-critical graphics applications, Lynx and CoreAVI are together lowering the cost, effort, and risk of multicore certification.”

Commenting, Dan Joncas, Chief Sales and Marketing Officer at CoreAVI, added, “This project is the result of two companies, each with domain leadership working together and playing to their strengths. Lynx supplied the expertise and technology related to securely partitioning safety-critical and non-safety critical applications hosted on the same processor. CoreAVI technology manages the graphics display and sharing of GPU resources across the multiple guest operating systems running in secure partitions in a mixed-criticality environment. CoreAVI and Lynx have provided the program with value by delivering a complete safety certifiable stack based on open architecture and commercial-off-the-shelf (COTS) technology.”