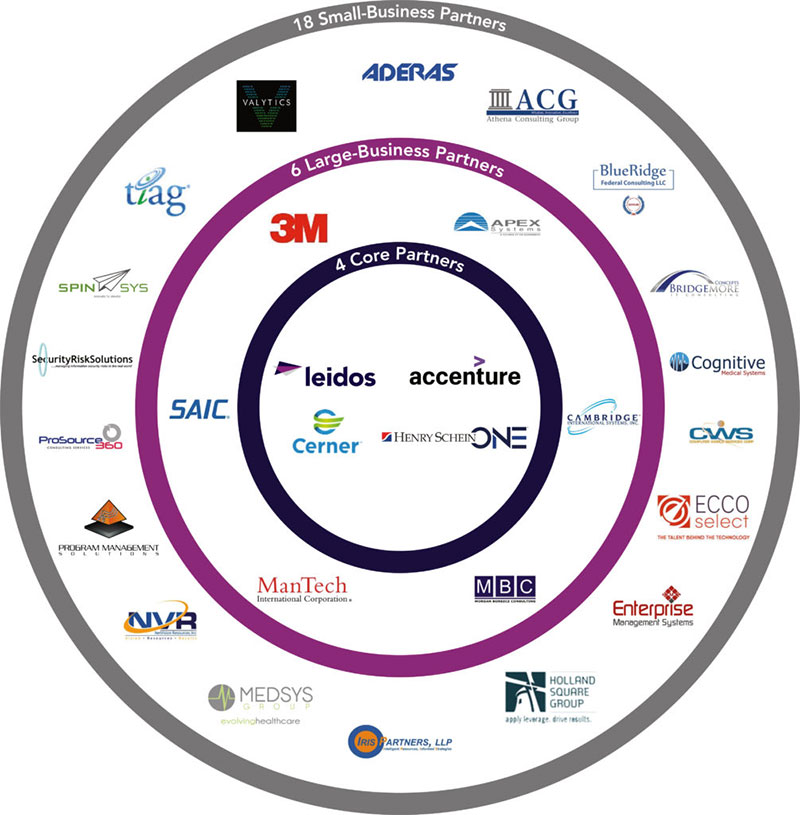 Leidos has a legacy of important work in national security, healthcare, engineering and infrastruce. At the age of 45, with a wife and three kids, J. Robert Beyster, Ph.D., officially launched his new company under the name Science Application Incorporated. The US government becomes the company’s first customer, hiring the company to analyze the effects of nuclear weapons. A surprise to Dr. Beyster the company made a profit in its first year of operations.

As the company moved into a new decade the company won a contract studying radiation-based cancer therapy for the Los Alamos National Laboratory. This was the beginning of the company’s health care business. In 1972 an office was opened in Albuquerque in support of the Air Force Weapons Laboratory. The company assists the lab with their work on electromagnetic phenomena and effects. This became the Physical Science Group.

As the company grew in prominence, it won a large contract with the Kuwaiti Defense Forces. The decade closed out with a contract to assist in the clean up of Three Mile Island Nuclear station in Pennsylvania.   The site of the worse nuclear disaster in the US history, the company played a vital role in the clean up.

In 1987 the company was recognized around the world for their contribution to the design of Star and Stripes, the America’s Cup Boat sailed by Dennis Conner. The approach and success that the company was able to achieve proved to the world that the engineering talents and the methods employed were world class. Stars and Strips returned the America’s Cup back to the United States.

As the company grew it was able to pursue larger and larger contracts and in 1988 the company won its first billion-dollar contract to create the Department of Defense’s (DoD) Composite Health Care System and to deploy it to more the 500 medical facilities worldwide.

The company, known for its employee ownership, was taken public by the CEO of the time, Kenneth Dahlberg. Going public on the New York Exchange, the company saw a post IPO increase of 21%.

The company continued with its knowledge and understanding of how to deal with clean up at nuclear power sites with a $3 billion contract at the Hanford site. This prompted the company to move its corporate head quarters to McLean, Virginia. In 2011 the company won a $2 billion contract with the National Science Foundation to provide support and maintenance for the U.S. Antarctic Program.

In September of 2013 the company split into two companies – Leidos and SAIC. Leidos was a $7 billion solutions provider and the new SAIC was a service provider. In early 2019 the Leidos merged with the IT solutions group of Lockheed Martin. This created a monster of a company with over $10 Billion dollars in revenue. The Lockheed shareholders retained 50.5% of Leidos. The company has three divisions: Biomedical Research, Digital Solutions and Health. The impact of Leidos is broad and varied with advance in cancer research and civil aviation.

The company employs over 34,000 individuals in 400 locations around the world.