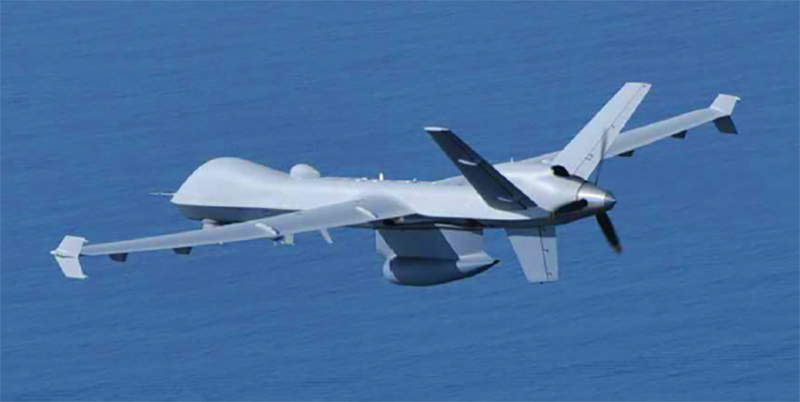 ­Atomics Aeronautical Systems, Inc. (GA-ASI), a global leader in Remotely Piloted Air-craft (RPA), announced that they are working with the Hellenic Air Force (HAF) in Greece to conduct a series of demonstration flights for European countries in December. Flights will base out of the HAF’s site in Larissa and use a GA-ASI MQ-9 Guardian RPA to showcase maritime surveillance capabilities, as well as a GA-ASI-developed Detect and Avoid (DAA) system that enables RPA to fly safely in civil airspace alongside manned aircraft.

“We appreciate the HAF’s support in help-ing showcase the maritime surveillance and civil airspace integration capabilities of our unmanned aircraft in Europe,” said Linden Blue, CEO, GA-ASI. “The demand for afford-able, long-endurance airborne surveillance of the seas surrounding Europe is growing.”

The demonstration configuration is based on the MQ-9 systems operated by the U.S. Department of Homeland Security (DHS), in support of its maritime surveillance roles.

The DAA system consists of an air-to-air radar and processor integrated with Traf-fic Alert and Collision Avoidance System (TCAS II) and Automatic Dependent Surveil-lance-Broadcast (ADS-B). The DAA system from GA-ASI is operational in the U.S. The system’s collision-avoidance radar provides an essential safety feature for integrating un-manned aircraft into civil airspace.

GA-ASI is also partnering with SES, a lead-ing satellite communications (SATCOM) oper-ator and managed services provider, with over 70 satellites in Geostationary Orbit (GEO) and Medium Earth Orbit (MEO). SES will provide the GEO satellite connectivity that enables the MQ-9 to operate securely with a high capacity datalink, enabling real-time transmission of sensor data from the aircraft, and extending its effective operational range far beyond that of “line-of-sight” datalinks.

“With our global satellite fleet, SES has been supporting the critical needs of GA-ASI and their government customers who have operated these aircraft for close to two decades,” said Nicole Robinson, Senior Vice President, Global Government at SES Net-works. “We are proud to support this demon-stration effort for the Hellenic Air Force as part of our long-standing relationship with General Atomics.”