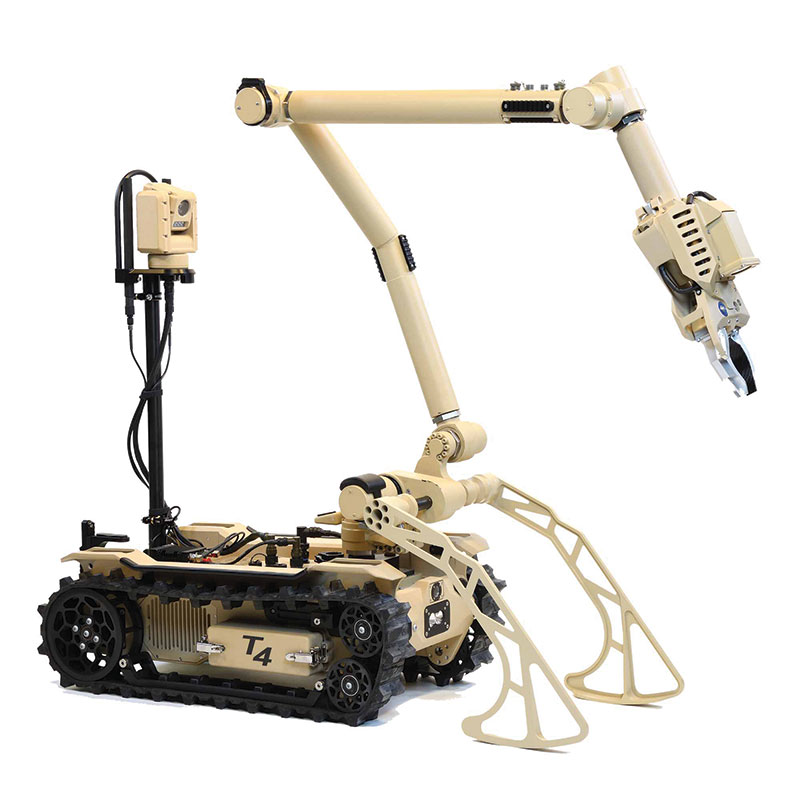 L3Harris Technologies has introduced a new medium-sized robot ideal for security operations in urban and space-constrained environments – such as hazardous material (HAZMAT) cleanup, explosive ordnance disposal (EOD) and special weapons and tactics (SWAT) missions. The company is conducting hands-on demonstrations of the prototype robot at its stand, #S-7 310, during DSEI 2019, September 10-13 in London.

The Robot provides operators with unmatched capabilities in a compact, rugged package. Its integrated controller interface provides ease of use for operators and unmatched command and control.

A variety of attachments enable use of standard-issue sensors, disruptors and tools that support a wide range of missions, including the ability to disable and defeat improvised explosive devices (IEDs) in urban environments inside tight spaces, such as automobiles, buses, trains and aircraft.