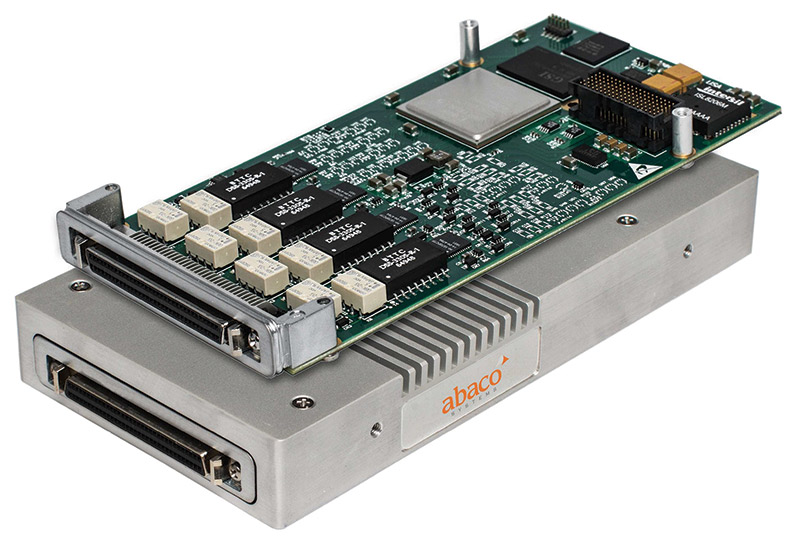 Abaco Systems further extended its range of portable avionics devices that feature the Intel® Thunderbolt™ 3 interface with the addition of an ARINC664-compatible RCNIC-A2PA-TB and multiprotocol RAR15XF-TB that supports up to four channels of MIL-STD-1553 and 18 channels of ARINC 429 on a single device.  These new devices complement Abaco’s previously announced QPM-1553-TB and RCEI-830A-TB.

Abaco’s Thunderbolt 3 design delivers maximum flexibility and performance to extend the functionality of existing test systems without adding more slots. It also delivers portability and convenience for test and simulation users and for flight-line use. Typical applications include bus analysis/simulation, system integration activities, and flight-line including 615-3 data loading and MRO (Maintenance, Repair and Overhaul).

ExpressCard™ and PCMCIA slots are disappearing from the portable computers widely used in avionics test and simulation, and have largely been replaced by USB. However, USB latency limits real time interaction with data, and channel density is similarly limited. Neither is desirable in an avionics environment in which low latency and high bandwidth are imperative. The Thunderbolt 3 interface has become a de facto standard interface on new laptops and is a solution that limits neither the performance nor the flexibility of avionics databus adapters. Thunderbolt 3 throughput is at least 4x faster than the highest speed USB connection, and has orders of magnitude lower latency than USB. It provides customers with a stable roadmap into the future, ensures long-term viability and provides performance advantages over USB-based devices.

“In addition, recent government-mandated security requirements have presented a challenge to avionics interface customers in that migrating to newer operating systems and hardware creates significant technical obstacles,” said Peter Thompson, Vice President, Product Management at Abaco Systems. “The RCNIC-A2PA-TB and RAR15XF-TB ease this process by providing support for the Thunderbolt 3 interface, which is widely available across modern systems.”

“Beyond this,” he added, “Power over Thunderbolt 3 simplifies wiring and connections for reduced integration time.”

The RAR15XF-TB is the highest density portable MIL-STD-1553 and ARINC 429 device available. It delivers up to four channels of 1553 and 18 channels of ARINC 429 for the highest density in an extremely portable device. Its on-board firmware, large data buffers, and a high-level API are integrated to provide total flexibility in monitoring and generating ARINC bus traffic. Simultaneous scheduled and burst mode (FIFO) messaging is supported on all ARINC 429 transmit channels. Each ARINC 429 receive channel provides simultaneous dedicated and buffered mode storage, along with label/SDI filtering.

Previously announced Abaco portable avionics devices featuring the Thunderbolt 3 interface were the RCEI-830A-TB and the QPM-1553-TB.