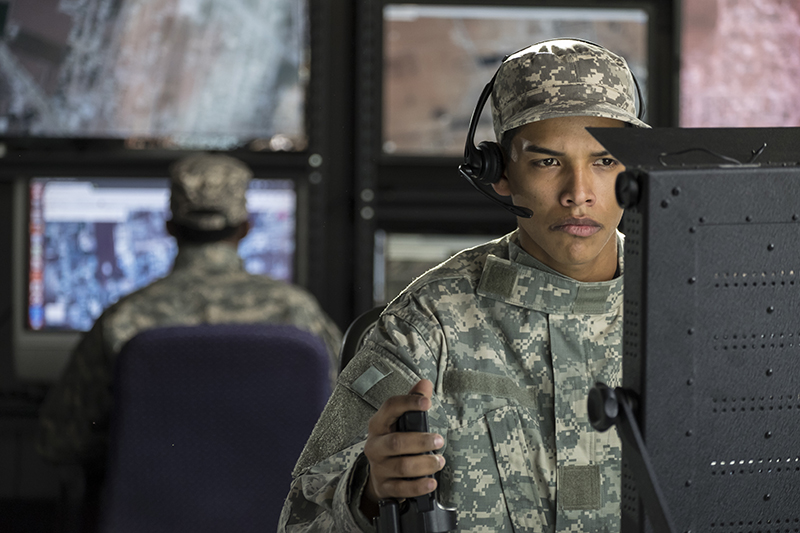 Designed to facilitate inspection flights by autonomous drones, the company calls the C3ube (pronounced as see-three cube) the future of beyond visual line of sight (BVLOS) data collection. The three C’s indicated by the brand stand for command, control and communications — each a key component to any unmanned aircraft system (UAS), a term that includes the UAV as well as the ground control and communication systems.

By permitting UAV flights over distances greater than previously possible, the company said it enables live data streaming within sprawling infrastructure facilities, such as during oil rig inspections. AviSight said its goal for the technology is to supplant helicopters and other manned aviation assets in certain applications. 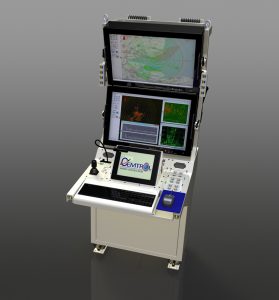 “For its project, AviSight researched who builds what types of containers,” said Brandon Main, CEO, Xtreme Cubes, Henderson, Nev. “They saw our units and our in-house engineering and manufacturing capacities and asked if we could do a command center. We said, ‘Absolutely.’ Generally, on custom projects, we go through a couple prototypes. We’ve made some tweaks to the first prototypes and now we’ve got a stable design. We’re going into the initial production phase this quarter.”

The company manufactures a full line of Xtreme and Snorkel telehandlers and aerial work platforms as well as modular steel building structures designed for a wide range of applications. Cubes can be found at work in the firm’s outdoor booth during industry trade shows at Las Vegas Convention Center, including World of Concrete and ConExpo-Con/Agg. The heavy-duty steel structures are also designed, manufactured and sold for specialty crop cultivation, construction, industrial, military, residential and retail applications around the world.

Xtreme Cubes and the construction equipment business, Xtreme Manufacturing, operate as separate entities at the same address. The campus in Henderson, where the company moved during 2015 and ’16, covers 80 acres. The businesses currently share more than 450,000 sq.ft. under roof and maintain dedicated assembly lines for the telehandler and Cube product lines.

The company ships the UAV command center ready to work, including desks and monitors for two pilots and additional seating for back-up pilots.

“AviSight wanted something for rapid deployment, such as in a power outage,” said Main. “They want to quickly get the drone in the air and flying the power lines to figure out where the issues are. They do a lot of rapid deployments, but also long-term deployments where it might sit in one location for ongoing monitoring.”

Xtreme Cube installs the data equipment and gen-sets, as well, often with double or triple redundancy in place. In many cases the power source is up to the customer and power ratings are dictated by the application.

“We let our customers dictate their power needs, be it 100 kW for a remote location or where they basically just run overnight,” said Main. “They tell us their power demands and then we go ahead and spec the right units.”

For the AviSight application, the company sourced Kubota diesel engines for two 5 kW generators. The command center is mounted to a trailer for rapid deployment and can also be transported in a shipping container.

“The C3ube is a portable command station that can run completely off the grid,” said Main. “Along with generators, it’s got a battery bank, inverters and charger controllers because you don’t want the generators running when the pilots are flying the equipment. They shut the generators down and the batteries run the entire operation.”

While the C3ube is a comprehensive package designed for UAS missions, Xtreme Cube also offers Power Cubes to protect gen-sets from theft or vandalism. “We supplied one with an enclosed generator to run a billboard on the Strip in Las Vegas,” said Main, “so people couldn’t get in and mess with the generator. Other applications combine wind or solar technology with a diesel for back-up. We believe there is a huge market for Power Cubes. We have already sold a lot them to oil, gas and mining applications.”

Main said Cubes are built to the application, ensuring customers are not transporting something that’s too big — or, as in most cases — too small. “You’ve got full flexibility when building a ground-up container solution rather than just using what’s readily available,” he said.

Many customers wrap the Cubes for advertising or other forms of branding, and the structure’s flat walls facilitate that additional benefit. “Rather than using corrugated sides for strength, we put all of the strength in our steel framework,” said Main. “Our structural tube steel is what basically provides all of the load bearing capacity. Plus, we can stack our units multiple stories high.”

For applications where the Cube is expected to stand directly in harm’s way and keep customer and contents safe, the company partnered with Protective Technologies Group to create hazard resistant modules to protect from threats such as ballistics, tornadoes and fire.

“The U.S. Air Force is using one in Afghanistan,” said Main, “that was designed to withstand a ballistic threat such as a rocket-propelled grenade, an RPG. They laid out all the threats and we designed their Cube to handle all of them. They told that after about one year, it got hit by an RPG and everybody in the Cube survived. It’s still in use today because it did exactly what it was supposed to do.”