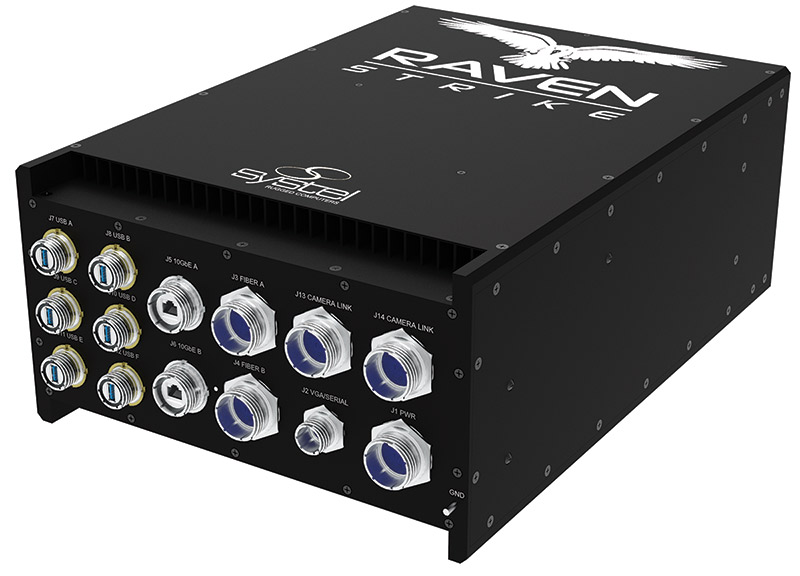 Today’s modern combat vehicle is increasingly being outfitted with next-generation technology and densely sensored systems, generating immense amounts of raw data. New requirements demanded by Army leadership, including artificial intelligence (AI) and deep learning (DL), directly support the mandates for manned-unmanned teaming (MUM-T) and unmanned ground vehicles. These new requirements necessitate the need for sophisticated IT architectures capable of not only providing high-speed processing and high-power performance but also capable of surviving the harsh environmental conditions encountered by combat vehicles and their crews.

Advances in computing in both technology and ruggedization are enabling a multitude of new capabilities. A prime example is the rise of the general-purpose graphics processing unit (GPGPU) which has led to an exponential leap in computing power. Historically, computing processing power has been directly proportional to number of central processing unit (CPU) computing cores and amount of random access memory (RAM). The massive increase in AI and DL requirements throughout the defense space has led to increased reliance and importance in GPGPU technology.

GPGPUs can host thousands of small, efficient computing cores designed to process complex software algorithms in parallel, unlike the sequential processing ability of CPUs. This technology has outpaced the tenets of Moore’s Law which has held remarkably steady since Intel® founder Gordon Moore predicted in 1965 a two-year cadence whereby processor performance would double. GPGPUs are increasingly making Moore’s Law obsolete as improvements in the technology and design outpace this industry bedrock principle.

DL algorithms rely on immensely complex and sophisticated calculations to effectively and efficiently perform AI tasks such as image recognition – think enemy vehicle recognition in hostile environments. Two iterative steps must be taken in order to deploy AI capabilities in a combat application: training and inferencing. During the training stage, data is placed in the first layer of a DL neural network with decisions based on attributes and weighted inputs propagated through the network. Trained networks are streamlined and deployed into the field during the inference stage for real-world applications. These processes are continually iterative with incredibly large matrices of data sets, requiring computing power equal to the task.

Raven-Strike® is a single line-replaceable unit (LRU), designed for centralized ingest and data fusion of all vehicle sensors. This allows for the ability to seamlessly collect, process, exploit, and disseminate critical data at near real-time speeds. Enabling hardware such as Raven-Strike® allows the use of AI to shift the workload from man to machine and optimize and enable critical capabilities such as hostile fire detection and localization (HFDL), aided target recognition and detection (AiTR/AiTD), shot detection, autonomous mobility, active protection systems (APS), threat detection and identification, and predictive analytics and maintenance. The aim of AI applications like MUM-T is not to remove the warfighter from the equation but to ease the cognitive burden and overload on the soldier. Reducing demands on the armored vehicle crew and streamlining decision making points through AI ultimately results in better protection of critical assets and leads to continued tactical superiority on the battlefield.

It’s not enough to have data center processing capabilities through the use of GPGPU technology. Systems deployed at the forward edge must be completely ruggedized for harsh environment use. A prime challenge faced by system integrators is the significant heat produced by high-performance electronics. Integrators must successfully design and implement optimized cooling technologies to dissipate high wattages. The “push-pull” is that new requirements demand increasingly higher-performance and higher wattage electronics in small footprints with size, weight, power, cooling, and cost (SWaP-2C) considerations at the forefront. The result is that companies like Systel are asked to take data center server rack performance and implement it into fully sealed, SFF embedded systems for vehicle integration.

Raven-Strike® is Technology Readiness Level (TRL) 9 which mitigates program risk and time to deployment. Proven rugged computing solutions are a vital pillar of the next-generation of combat vehicles and help ensure continued technological dominance over our adversaries.