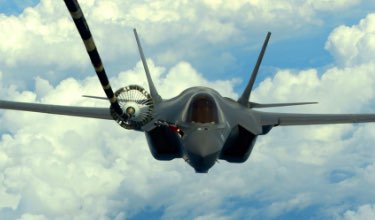 The need for Cyber Security is well-known today, more than ever, and affects everyone’s daily life.  With that being said, it is surprising that some of the most sensitive data out there is barely protected at all.  I am referring to Avionics Databusses, found on every

In addition, as more avionics types of buses are being deployed and interconnected [in both new and updated aircraft]there is an increasing concern that these vulnerabilities in security might allow unauthorized access to devices communicating on these busses.

The most concerning bus is MIL-STD-1553, which was designed before the term “Cyber Security” was even invented.  The concern is that this bus, which was designed with no infiltration protection, could be easily corrupted or manipulated if any unintended data made it on to the databus.

There are already multiple government and private industry organizations studying the problem with the goal of establishing suitable methods to assure complete aircraft databus cyber security.

As a result of these efforts, AIM has developed a suite of tools that can be utilized to interface with MIL-STD-1553 [and other protocols, i.e. ARINC429, ARINC664/AFDX®, Ethernet, CANBus]equipment to analyze, attack, detect and remove potential security vulnerabilities.

Since there are thousands of fielded avionics computers using MIL-STD-1553 today, the most logical initial approach would be to see if any vulnerabilities exist.  More simply put, “can the computer be made to do something it’s not supposed to.”

PBA.pro contains a concurrent real-time 1553 Bus Monitor (BM), so all 100% of the data that is on the bus can be recorded and post-analyzed at any time.  Depot, lab or rugged units are available to support all aspects of flight test.

In addition, recorded data can be always be replayed to reproduce any scenario.

The issue with just looking at “Raw” 1553 data is that most 1553 data requires further decoding (such as a scale factor) to determine its true meaning to perform a “credibility analysis”.

PBA.pro handles this with ease by including a Database Manager (ICD) component, which can decode and interpret the raw 1553 data in its true Engineering Unit (EU).  Once the Engineering Unit is decoded, PBA.pro can then scan the recorded data and verify that every bit of data is valid, comprehendible and documented (See Figure 1).

PBA.pro has the ability to perform real-time or post-time credibility analysis in the following areas: 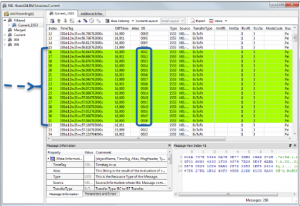 Once the “expected and accepted” data is known, it’s time to see how a 1553 Unit-Under-Test (UUT) reacts to unexpected anomalies.

PBA.pro has the ability to inject many electrical errors (See Table 2) that violate the MIL-STD-1553 specification, with the intention to determine how a UUT reacts.

In addition to the above, PBA.pro can simulate a multiple BC or duplicate RT scenario or even inject 1553 messages during detected Bus Idle (dead) time.

Although is it expected that a deployed (flying) 1553 UUT is already compliant to the MIL-STD-1553 specification, there have been exceptions and equipment has been found to fail.

PBA.pro has a completely automated off-the-shelf SAE 4111/4112 Test Plan Suite.  These tests [published by the Society of Automotive Engineers (SAE)]are designed to validate that a 1553 Remote Terminal UUT meets all electrical and protocol

requirements of the MIL-STD-1553 specification. 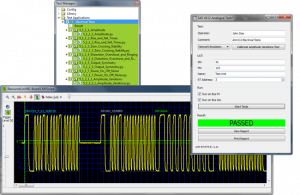 Some of the capabilities already mentioned involve PBA.pro and a single UUT.  But, in reality an Avionics databus is an interaction of many subsystems.  Those interactions create another cyber security concern, requiring testing at the full system level and the vulnerabilities that come with it.

PBA.pro is a modular multi-protocol solution, supporting numerous bus types and multiple bus instances.  Below is a list of some of the more popular protocols supported by PBA.pro (See Table 3).

To simplify the complex analysis of multiple systems, PBA.pro includes a Scripting Component, which can tackle repetitive or time-consuming tasks with ease.  All scripting is done with the popular Python® language, allowing easy integration with other tools, such as LabVIEW® and MATLAB. 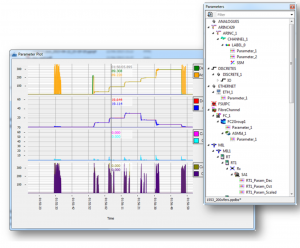 Beyond MIL-STD-1553, AIM has a suite of tools that are just as focused for other Avionics Protocols.  Comprehensive Monitoring and inline data modification capabilities are currently available for ARINC-429, ARINC-664/AFDX®, 10/100/1000 Ethernet, ARINC825/CANBUS and Fibre Channel protocols.

PBA.pro is an invaluable tool to assist engineers analyze and develop methods to assure the cyber security of any Avionics databus.  From laboratory to real-time flight analysis, PBA.pro offers a time-saving and powerful solution.