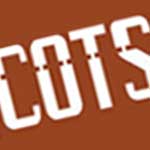 I want to give a long overdue shout-out to the Engineer Boss. This is not any one individual—but rather a phenomenon in our embedded computing and electronics industry. Anyone whose worked in this industry is very familiar with the Engineer driven company. These are typically small companies—usually start-ups— whose founder and/or top management are an engineer.

Over the years, I’ve grown to have a great affection for the Engineer Boss. He or she runs a company that emphasis the technical innovation of its products, and has a deep knowledge personally of the technology, engineering and design that goes into what they sell. Some—though not all—of such Engineer-driven companies tend to put less emphasis on marketing and communications. I’ll be honest, those companies can be a little frustrating for us on the media side. That’s because in the more extreme cases they don’t commit a lot of resources to producing press releases, web content and other marketing collateral that are useful to us technology editors. Some also don’t spend any marketing dollars on advertising. (Although some do. Thank you!).

In the past couple decades, many of those small Engineer-led companies in the embedded board business—I could probably name more than 100 off the top of my head—were swallowed up in a continuous cycle of mergers and acquisitions. That process led to the formation of a handful of $100 million-plus sized corporations that now dominate our industry. Still, a healthy number of those smaller engineer-led vendors remain and thrive.

Such small vendors are usually able to leverage niche-expertise or are simply more able and willing to supply smaller defense subcontracts that don’t make sense for larger vendors. Meanwhile, the over-$100 million companies out of necessity moved to a more corporate-style structure and have evolved beyond the Engineer-driven culture. Don’t get me wrong, those larger companies are doing incredibly interesting and exciting things, and their impact on the defense industry has been extremely positive. They are just off-topic for what I’m focusing on here.

There are valid reasons why some Engineer Bosses have chosen not to put much emphasis in self-promoting and “getting the word out”. Particularly in the defense business, a successful company with unique, compelling technology can enjoy long term lucrative sales. They feel they know who their customers are, and their customers know them, so why reach outside those circles? And with the barriers of entry so high in military electronics, it’s difficult for competitors to swoop in and displace established suppliers. But when markets shift, there can be great opportunities missed if those outside your traditional customer base have never heard of you.

Quite often these days I run across Engineer Boss led companies that are in the process of beginning a shift to do more “getting the word out”. I’ve come to realize that these are times when we as technology journalists need to double-down and give them all the help and support we can. Engineer Bosses and their companies invariably have a great story to tell about their expertise and technology. To be fair they have to be willing to put the effort in from their side. But even if it takes extra work to get information out of them or to tell their story, they deserve the effort.

Shifting gears, this will be my last issue of COTS Journal as Editor-in-Chief. I am excited to be moving on to new challenges. I started at The RTC Group fifteen years ago, with the last twelve as Chief Editor of this publication. If you’ll forgive the contradiction, I am both proud and humbled by COTS Journal’s legacy. It’s many years of success were thanks to no one individual. When RTC Group CEO John Reardon along with Warren Andrews and Pete Yeatman launched COTS Journal in 1998, the launch was aided by the father of the COTS movement himself: former Secretary of Defense Dr. William Perry.

My friendship with Pete, Warren and John pre-dates my joining the company, so I felt more than at home when I joined the team way back in 2002. I am grateful to them for many rewarding years of collaboration and fellowship. There’s more joy in celebrating successes and less pain in overcoming set-backs when you experience them with people you respect—and that was what I had with this team. My thanks also to my friend Chris Ciufo who preceded me as COTS Journal’s Editor-in-Chief during the years of publication’s most challenging “growing pains” and from whom I learned an enormous amount about the defense industry—leaving me ready to take his place in 2005.

The idea of this publication and its success have never been about any one person. I hope that during my tenure I have carried on the mission of COTS Journal as the leading media source covering technology and products for designing embedded computers and electronics into military systems. To all of you readers and to the advertisers of COTS Journal: Thank you for engaging with us and supporting us over the years. Here’s wishing you all a fond farewell.