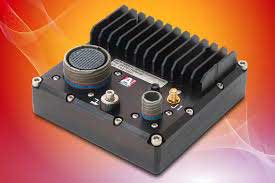 This month’s Pick is the next generation A176 Aitech Defense Systems. Released this month, the upgraded unit is based on the company’s A176 Cyclone GPGPU supercomputer launched in Fall 2016 but instead uses the NVIDIA Jetson TX2 to provide twice the performance of its predecessor, or run at more than twice the power efficiency, while drawing less than 7.5 watts of power.